Julie Warther is the Regional Coordinator for the Haiku Society of America. When she approached The Inn at Honey Run about hosting a Haiku Walk, collaborations began for the first ever Holmes County Open Air Art Museum installation and the main feature for the Grand Opening Ceremony of the Open Air Art Museum. At the ceremony on September 17, 2015, Julie led a two-hour tour along the haiku path, a brand new trail through the hills, meadows, and forests of our scenic property. Along the path were 30 large stones placed into the ground, upon which hung the individual haiku poems engraved on steel plates in the shape of a ginkgo leaf by local metal sculptors. Poems were presented in both English and traditional Japanese characters. 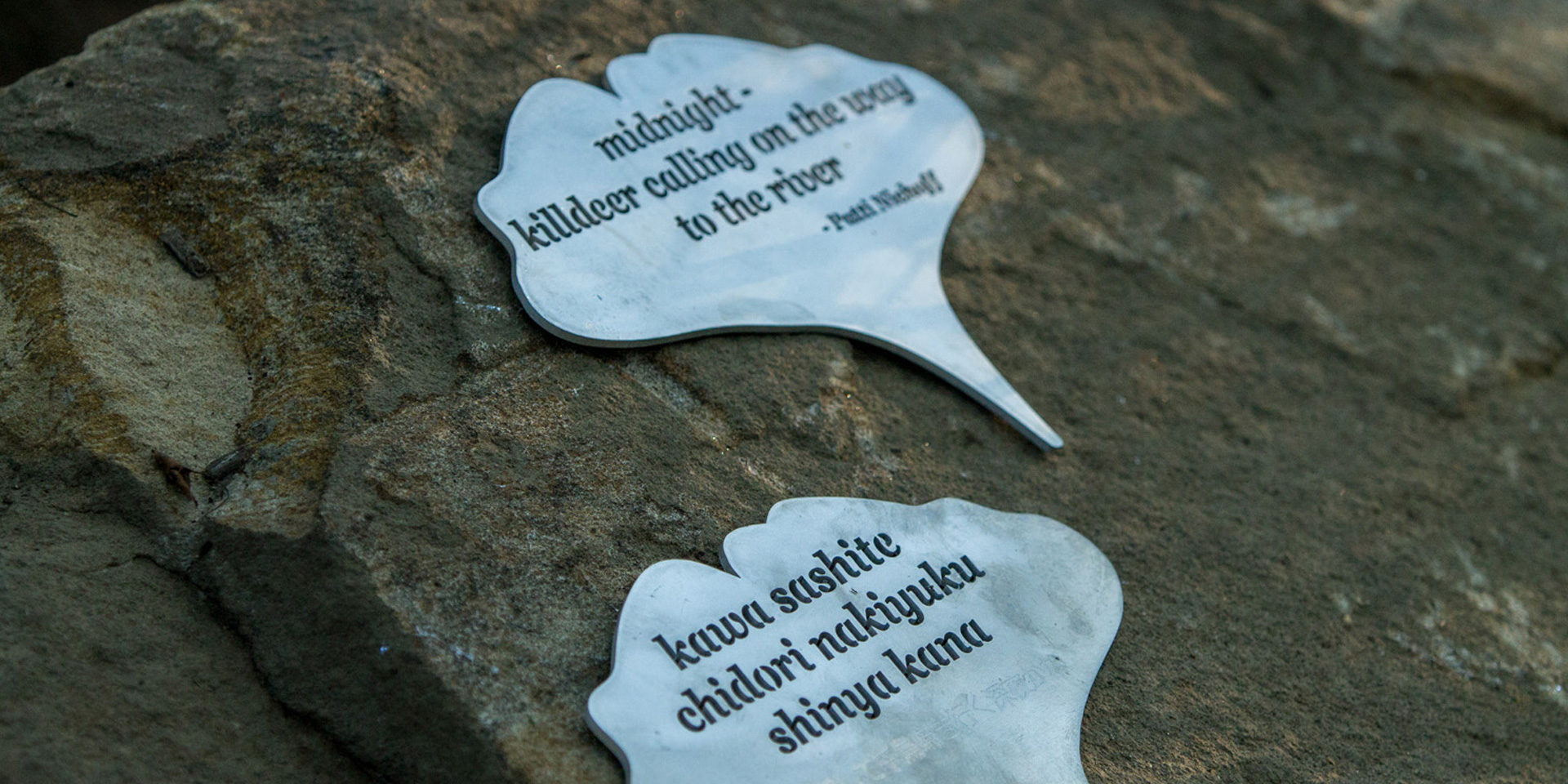 Reserve your romantic getaway at the award-winning Inn at Honey Run today.